Form 8615 must be filed for any child who meets all of the following:

Child includes a legally adopted child and a stepchild.

These rules apply whether or not the child is a dependent.

Applies to a taxpayer’s children who are under 18 or the child’s earned income is less than half their support and they are age 18 or a full-time student aged 19 – 23.

Who has to Pay the Kiddie Tax

The Kiddie Tax is reported on the child’s federal return and thus, it is paid with the child’s tax return.

The tax rates and brackets used to figure the tax on a child’s unearned income were modified in the Secure Act that was included in the 2020 Appropriations legislation enacted on December 20, 2019.

For tax years beginning in 2020, dependent children with unearned income above a certain amount ($2,300 for 2022) are taxed at the parent’s individual tax rate if the parent’s rate is higher than the child’s tax rate.

A child’s capital gain income and loss are included in the calculation of their unearned income for Kiddie Tax purposes.

What is Unearned Income

What is Earned Income

It also includes any taxable distribution from a qualified disability trust.

If capital is not an income-producing factor and the child’s personal services produced the business income, all of the child’s gross income from the trade or business is considered earned income.

The Tax for Certain Children Who Have Unearned Income that is reported on Form 8615 was changed in the Secure Act which was included in the 2020 Appropriations legislation enacted on December 20, 2019.

Effective for tax years beginning in 2020, the Kiddie Tax will revert back to the rules that were in effect before 2018. This means the tax on unearned income for certain children will be calculated based on the tax rate of the parent.

As part of this change, the legislation allows the Kiddie Tax to also be calculated using the tax rate of the parent if an election is made on Form 8615 for Tax Years 2018 and 2019.

Therefore, for Tax Year 2019 the Kiddie Tax may be calculated using the tax rates for estates and trusts or the tax rate of the parent – whichever is less. If the parent rate is chosen, they must make an election on Form 8615.

Under the American Rescue Plan Act for tax year 2020 only, the first $10,200 of unemployment compensation is excluded from income provided the taxpayer’s adjusted gross income (AGI) is less than $150,000.

For Kiddie Tax purposes in 2020, the unemployment benefits in excess of $10,200 received by the child are treated as unearned income.

For more details on the Kiddie Tax and Form 8615,, see the following on the IRS website:

CrossLink is the industry’s leading professional tax software solution for high-volume tax businesses. Built based on the needs of busy tax offices and mobile tax preparers that specialize in providing their taxpayer clients with fast and accurate tax returns, CrossLink has been a trusted software solution since 1989. CrossLink’s in-depth tax calculations, advanced technological features, and paperless solutions allow you to prepare the most complicated tax returns with confidence and ease while providing your customers an unparalleled experience. Mark has been with CrossLink Professional Tax Solutions (CPTS) since 2008, but has been in the tax industry since 1990. As the government/tax industry liaison for CPTS, Mark has been very active in working with the IRS, States, and other tax industry members to help improve communications, promote standardization, and simplification of eFile systems. Mark has also been active with industry associations as a board member of the National Association of Computerized Processors (NACTP) and the Council of Electronic Revenue Communication Advancement (CERCA) for many years. These two associations work with the IRS and States to help solve key eFile and electronic tax system issues and work to improve the operations of the State and IRS eFile systems.
Facebook
Twitter
LinkedIn
Email
Print
PrevPreviousWhy is My Tax Refund So Low
NextPremium Tax CreditNext 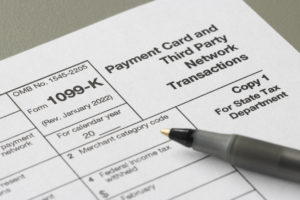